Several years later I went to a car show and saw a drop dead gorgeous 55 Regency Purple and white Crown Victoria. The name on the owners card was 'John'. Sure enough it was him! We talked for a long time about our mutual friend Jerry. Shortly after that both Jerry and John disappeared from my life. But that's not the end of the story. Back to the barber shop . . .

Like Jerry, a new customer Jim admired all the Crown Victoria stuff he saw at the shop and quickly informed me he bought a 55 Crown in another state when he was in the service – he even gave me a black and white photo of it. When I asked what color it was he told me purple and white. Then he told me he eventually drove it back to Pennsylvania but sold soon after it to a guy named ARNIE . . .
BOOM! Jim bought it in another state, Jim sold it to Arnie, Arnie sold it to Jerry, Jerry ( gave ) it to John – same car! When I realized this I was asking everyone if they ever saw a purple and white 55 Crown Victoria at the local car shows. Lots of people saw it, and obviously remembered it, but hadn't seen it lately.

Enter Don and Amy Zinn, 55 pink and white Sunliner, CVA #7844. When I asked about John, Amy said he passed away. She also said the reason nobody had seen it is because his grandson, the new owner, isn't interested showing it, and wants to sell it. She didn't remember his name but knew the name of the business that he ran and also had the number! BINGO!

Footnote: Jim told his wife I knew the where-abouts of his old car and she secretly asked me to call her if I ever saw it again. She wanted to arrange for her husband to see the car. When I got the information she wanted I called and told Jim my wife wanted to talk to his wife about something – they didn't know each other. When his wife got on I gave her the scoop and Jim never suspected anything.

Jim showed up at my shop last week showing me some pictures. He said his son took him to this guy's shop ( John's grandson ) and he asked his unsuspecting Dad to wait in the car for him. After it was all set up he motioned for his Dad to come in. I don't know if his eyes or his pants were wet but after sixty-some years the reunion took place and attached are the photos to prove it. What a twist . . . 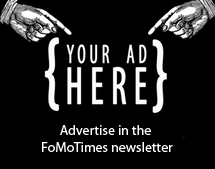 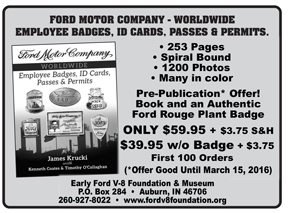 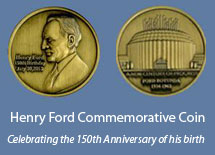 Going Shopping in the Crown Vic

You can find out more, as well as reserve your hotel rooms and register for the Convention, at http://www.cvaconventions.com

Before you move, contact CVA with your new address, phone and email.

The Postal Service does NOT forward newsletters or magazines and the Club is charged extra to be notiified that you have moved and we do not get the newsletter back.